Did your little jedi’s have fun learning with Kindergarten Jedi? Their adventure continues with PADWAN MATH! 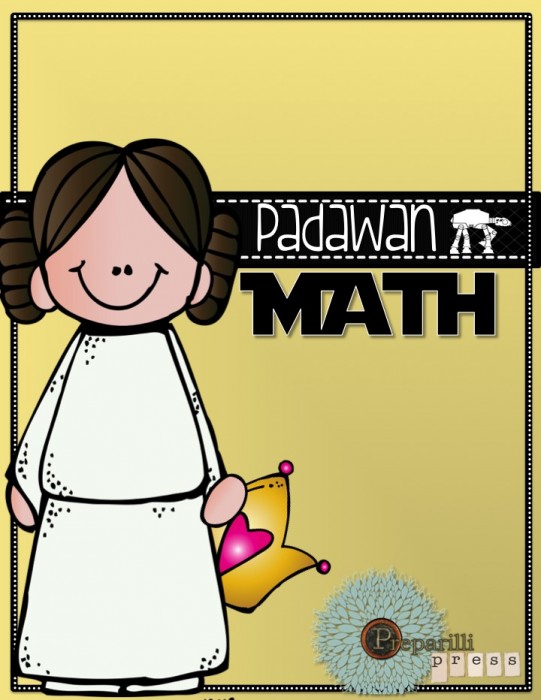 It is a math smorgasbord for First Graders. Here’s a look at what’s included: 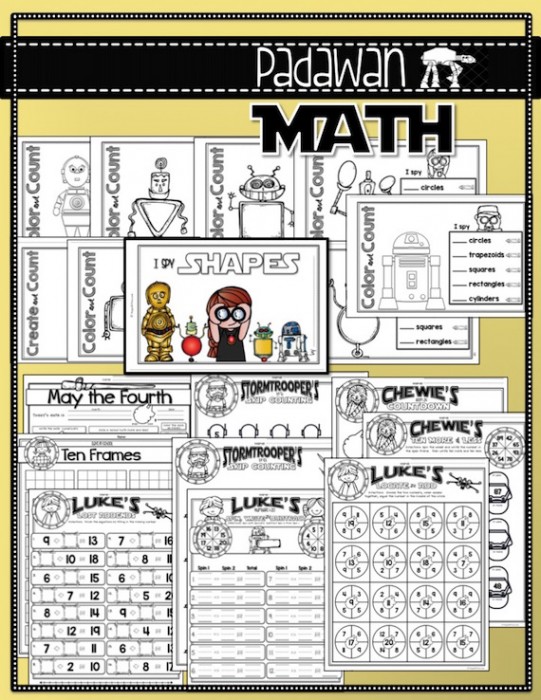 **May the Fourth Calendar Sheet–includes even/odd; writing the date numerically; season identification; number of days in the month; number of days in school—one more/less and ten more/less; written as hundreds, ten and ones; as a place value equation and as money; skip counting by 4s and a simple word problem based on fourths.

**Luke’s Locate and Add (choose the two numbers, when added together, equal the number in the middle of the circle) 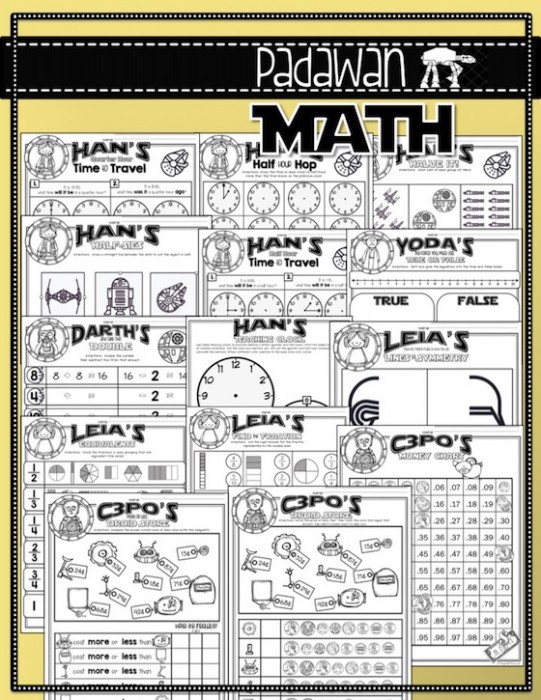 **Darth’s Double and Take Two (Double the number given; then subtract two from that answer)

**Han’s Halve it! (Color half of each group of items)

**Han’s Time to Travel I (time to the half hour)

**Han’s Time to Travel II (time to the quarter hour)

**C3PO’s Droid Store I (More or Less; Write the Inequality) 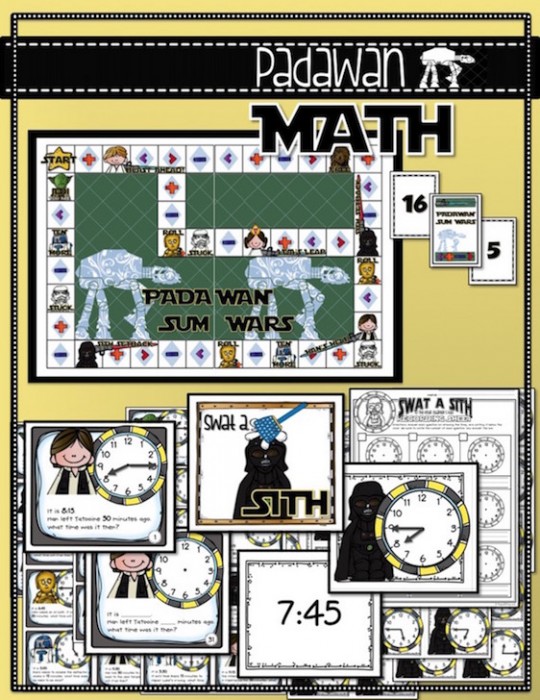 **Swat a Sith Time Game—30 Star Wars themed time scenario cards (quarter, half and full hour before and after). Your students will SWAT the answer to each time change scenario. Clocks for every quarter hour are included. Blank clocks and editable time scenario cards are also included.

Yep, get out the flyswatter–your kids are going to love swatting that Sith!

One Response to PADAWAN MATH!