We have been working on correct letter and number formation this year and our clipart now ready to be incorporated into your classroom! It applies the instructional methods developed by Handwriting without Tears.  Your students will always “begin at the smiley face.” I’ve added directional arrows and numbers to help your little learners navigate each letter (and number). There is also a visual “Stop”.

You will find these Handwriting Helps on our 0-20 NUMBER SENSE ANCHOR CHARTS. 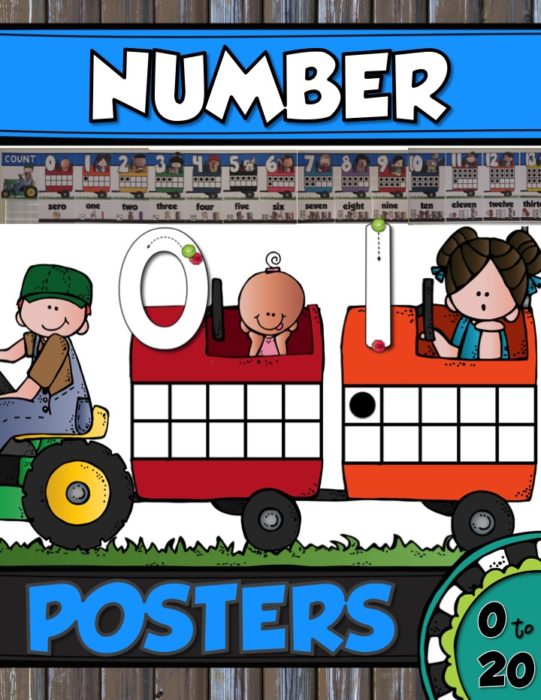 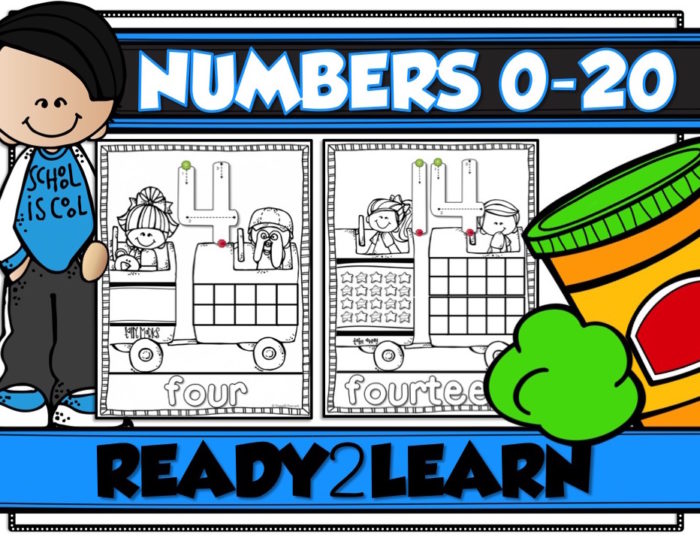 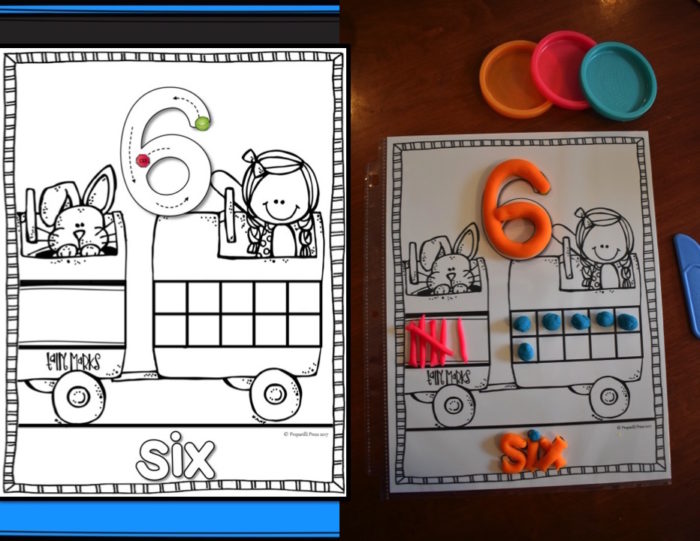 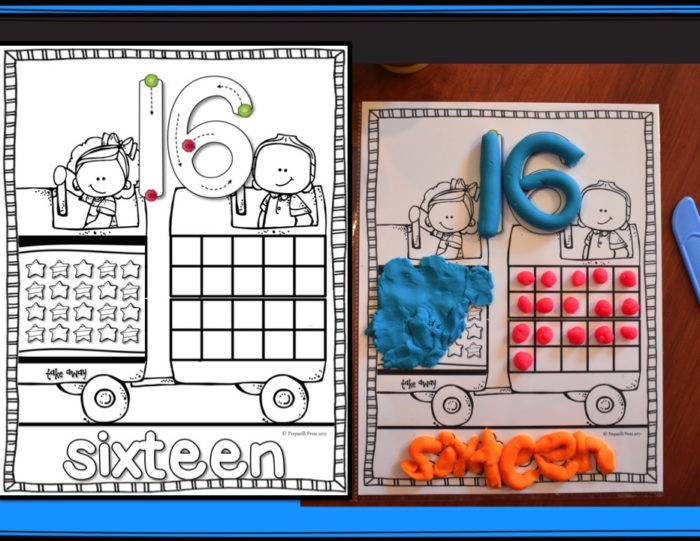 Finally, I’ve updated our ALPHABET PLAY DOUGH MATS. They are filled with independent, hands-on learning! And are perfect to use with your Letter of the Week program. Your students will not only be working on their fine motor skills, they will also learn the correct letter formation of both uppercase and lowercase letters and their sounds. They will count (1-12) objects that begin with the target sound and exercise their creativity on every page.

I’ve added simple, visual directions to help your students use these sheets independently. 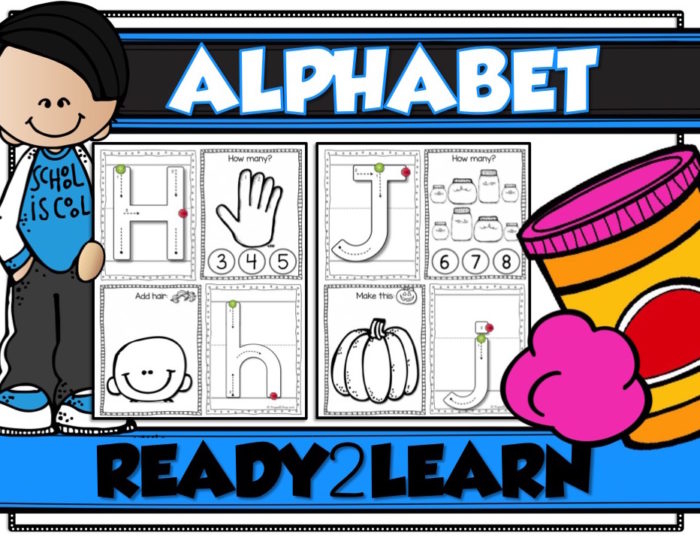 Now, for the best news!!! They are ALL 50% off today and tomorrow! Hope you all enjoy these new, and newly revised products. Happy Teaching!

PS. Student Number Sense Cards are in the works! Similar to our Star Wars set; perfect for everyday use! 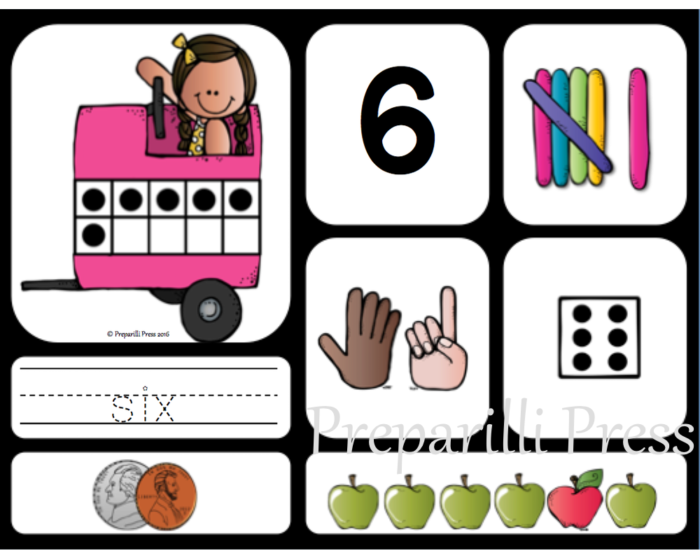 New math centers for your Jedi half off until Sunday! 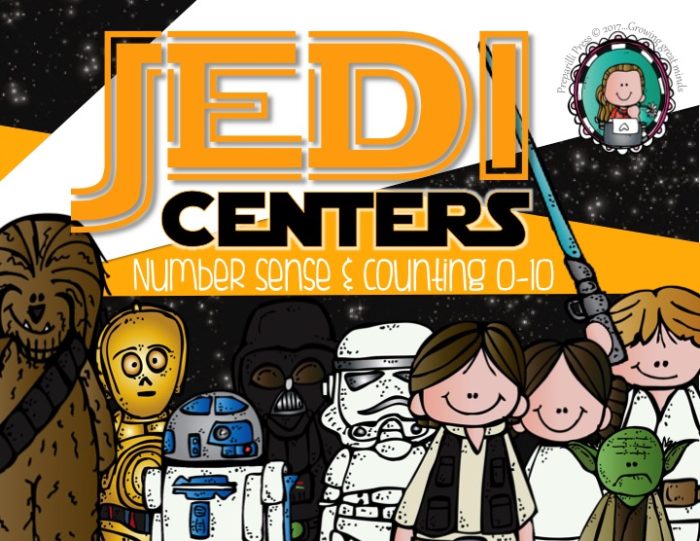 This set of STAR WARS JEDI CENTERS is loaded with Number Sense, Counting, and One-to-One Correspondence activities for the numbers 0-10. 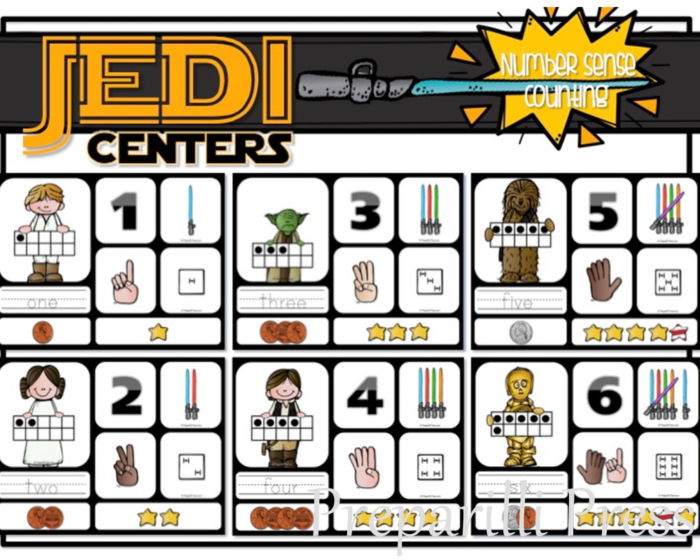 “I CAN” Droid Direction cards for independent work are included for each activity. 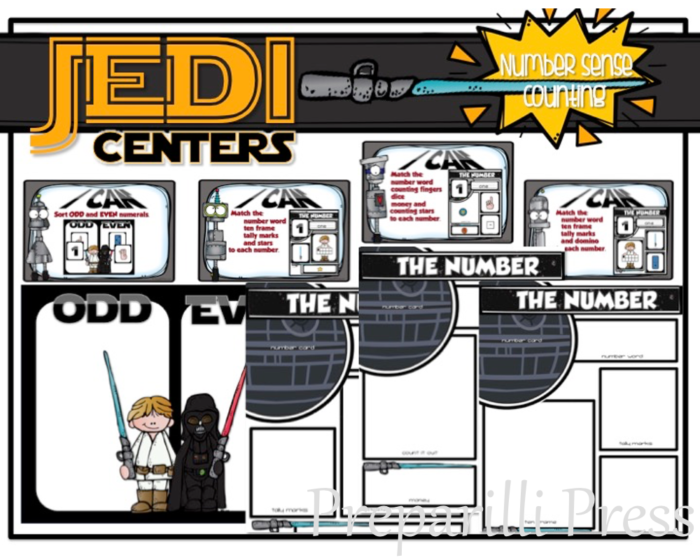 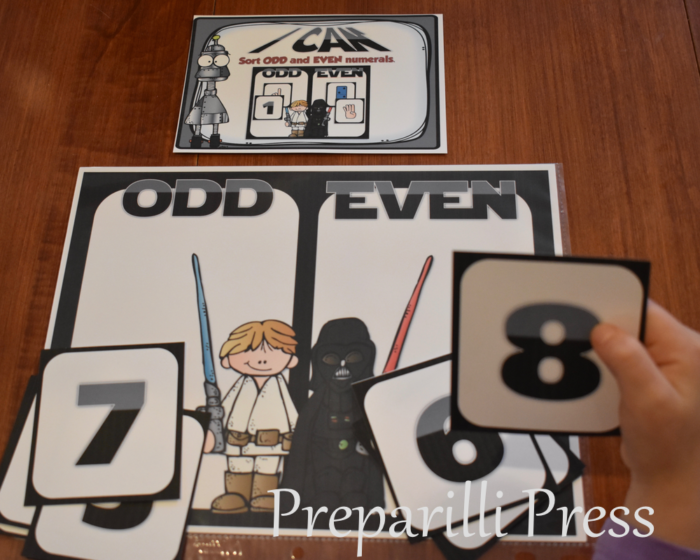 Your students will:
** Sort Odd and Even numerals
** Identify numerals that are Greater Than, Less Than and Equal to others
** Identify Before and After numbers
** Count-On from a given number
** Count Back from a given number
** Complete a variety of Number Sense/One-to-One Correspondence activities for each numeral (counting fingers, number word and money; tally marks, dice and stars; ten frame and domino) 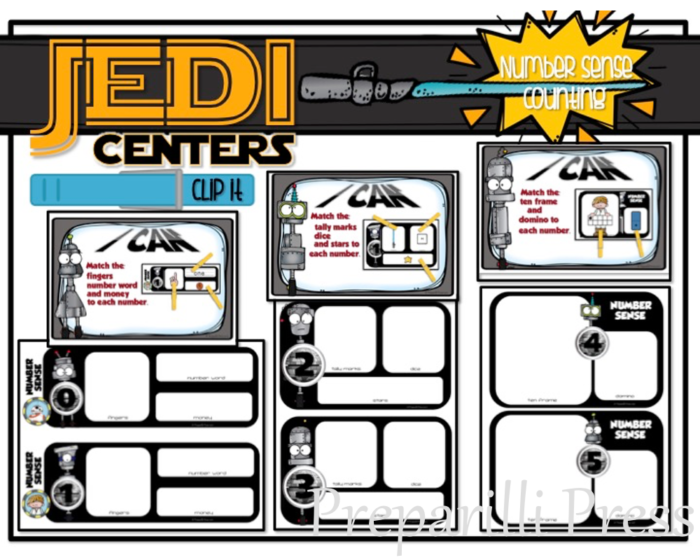 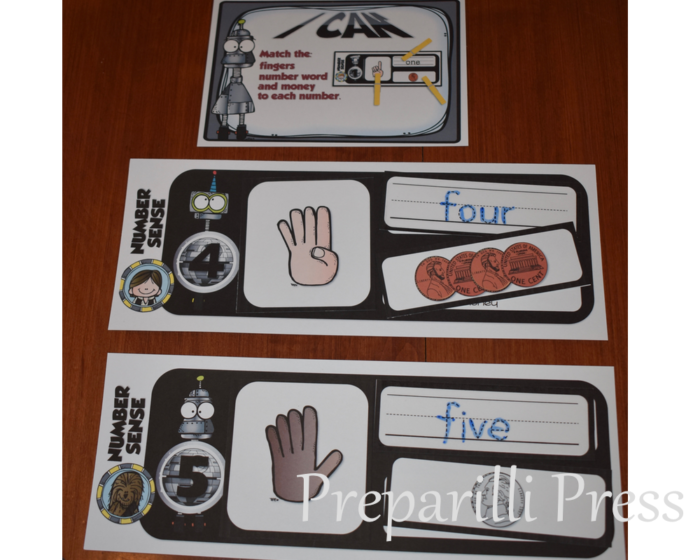 Sort counting fingers, numeral word, and money for each number 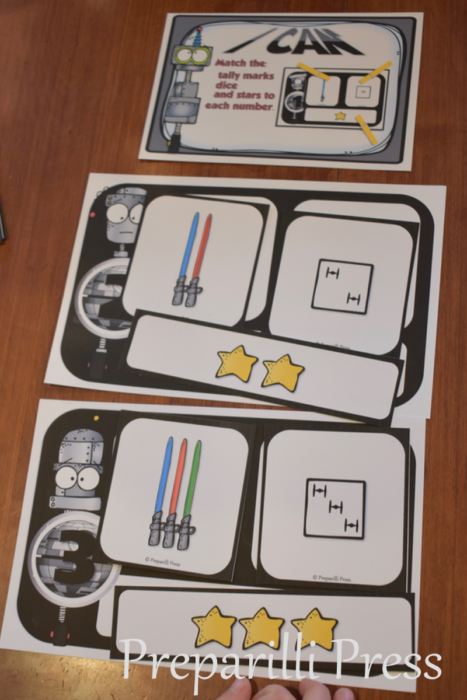 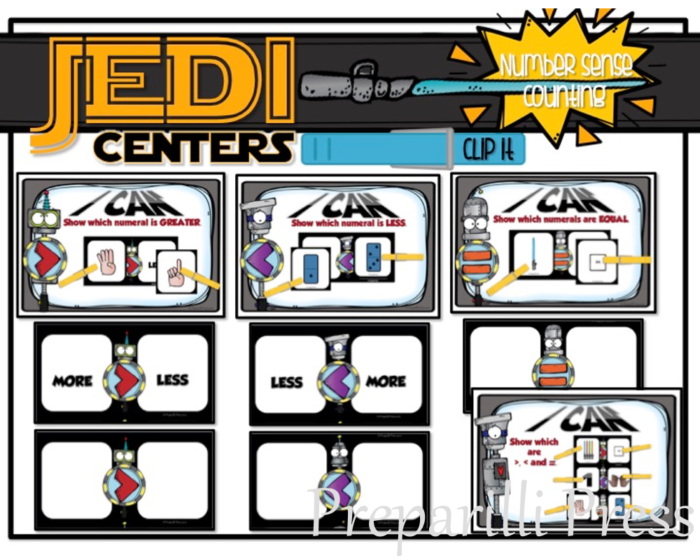 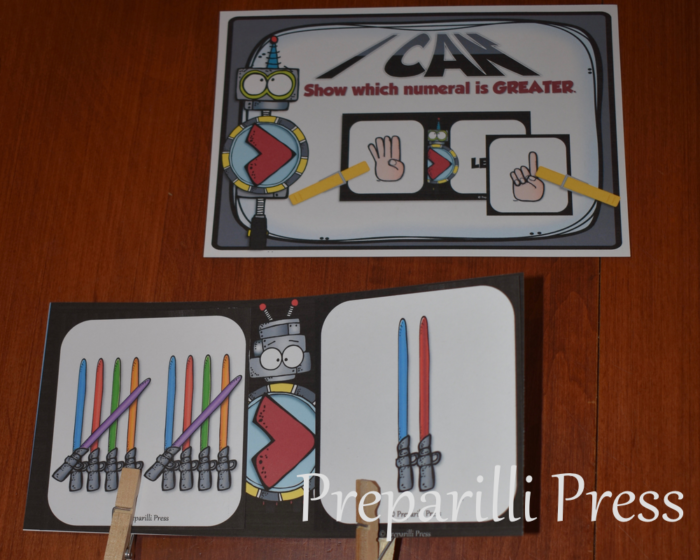 Your students can compare any of the numeral tiles in these activities. 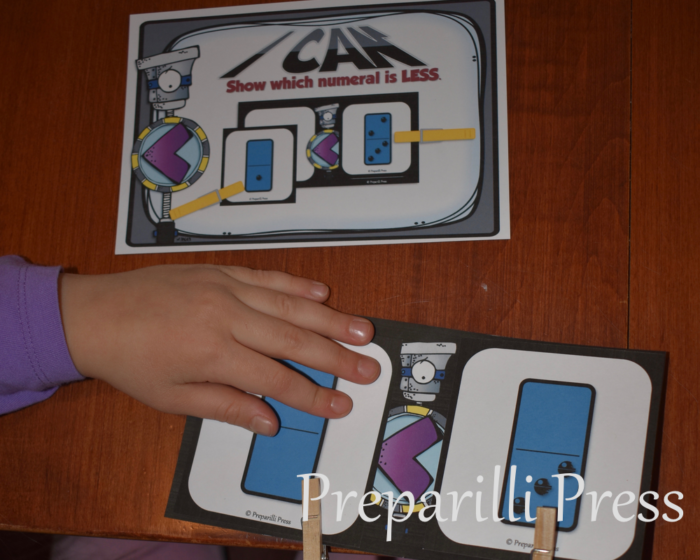 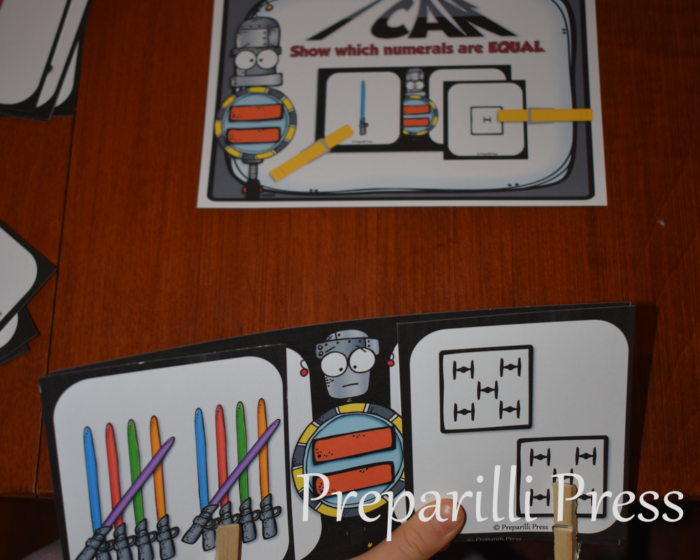 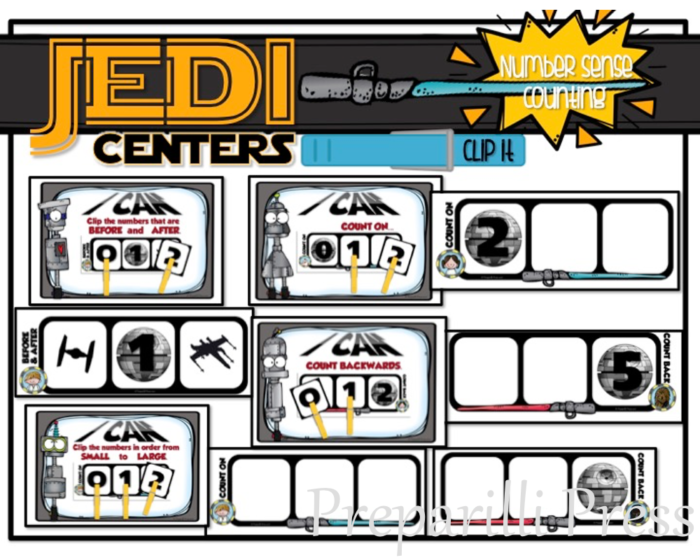 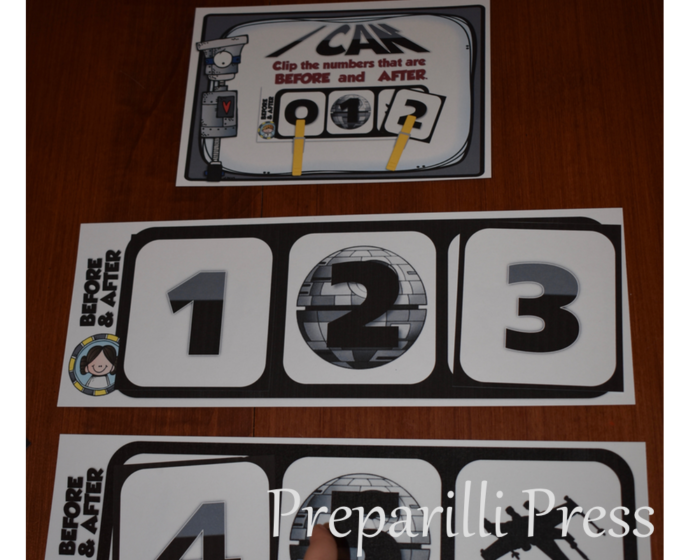 Hook two Count On or Count Back strips together to challenge your students. 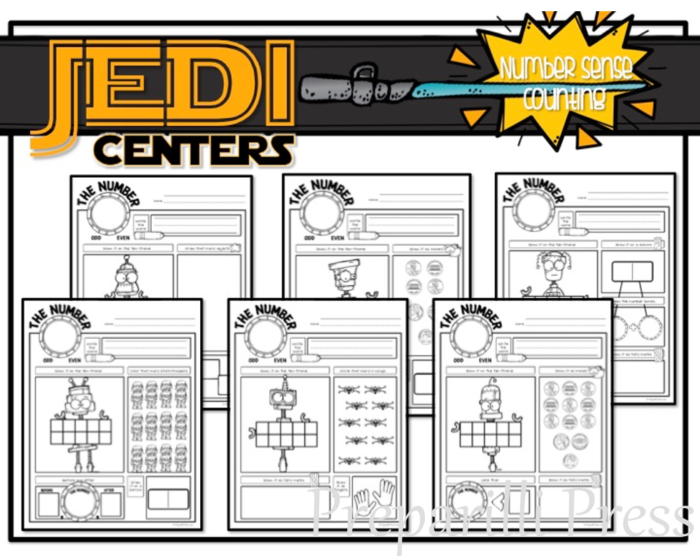 Grab them today while they are on sale! Your Jedi are going to love them!