If you have four boys like I do, you probably have a few lightsabers lying around your house.  Here are some printables especially designed for your youngest padawans.  New today! Kindergarten Jedi is loaded with great literacy and math learning.  Best of all, your little ones will have FUN with every activity. 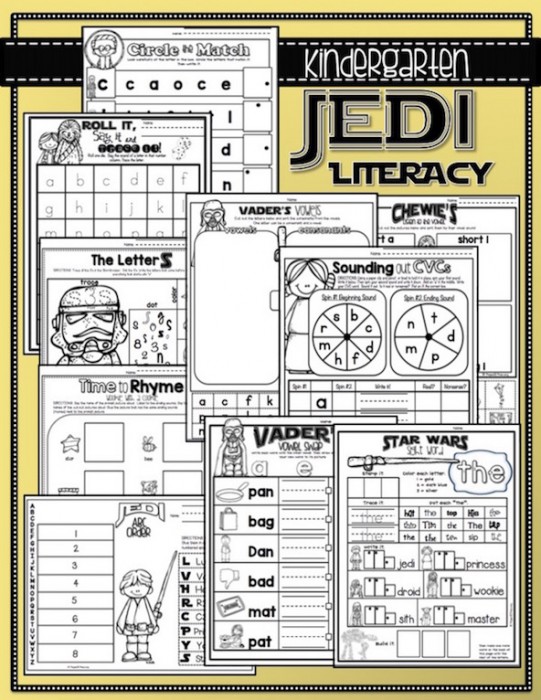 The literacy printables include:
**Solo’s Sound Wars–a word-building game that will improve your students’ sound/letter recognition and blending skills. It includes double consonants and true blends so your students at all learning levels will LOVE it!

**Wookie has a Cookie—rhyming words

**Vader’s Swap the Vowel—Replace the vowels to form new words and match them to their picture.

**Leia’s Sounding out CVCs—Spin for a beginning and ending consonant. Form a word with “a” and decide whether it is real or nonsense. 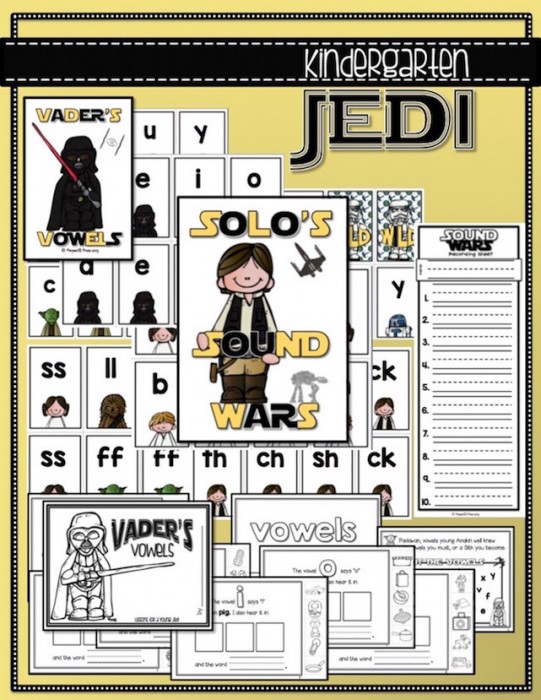 consonants from the vowels.

**Chewie’s Listen to the Vowel—Listening for the long and short a & i vowel sounds and sorting the pictures.

**Star Wars Sight Word—”the”—Getting to know the sight word “the” and the Star Wars characters.

The math printables include:
**Counting Strips—Star Wars figures that are used on the next three pages for counting. 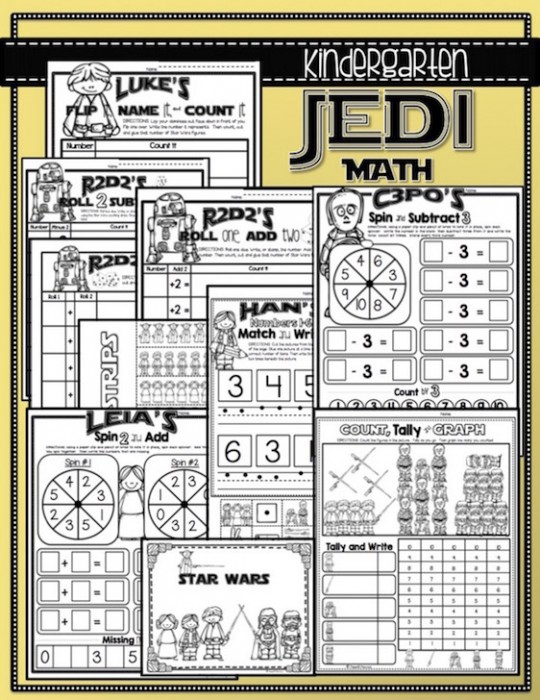 *Luke’s Flip it, Name it and Count it—using dominoes

You can WIN a copy of KINDERGARTEN JEDI at Teacher’s Notebook.  Just click on the image below to enter the giveaway (now through May 3rd). 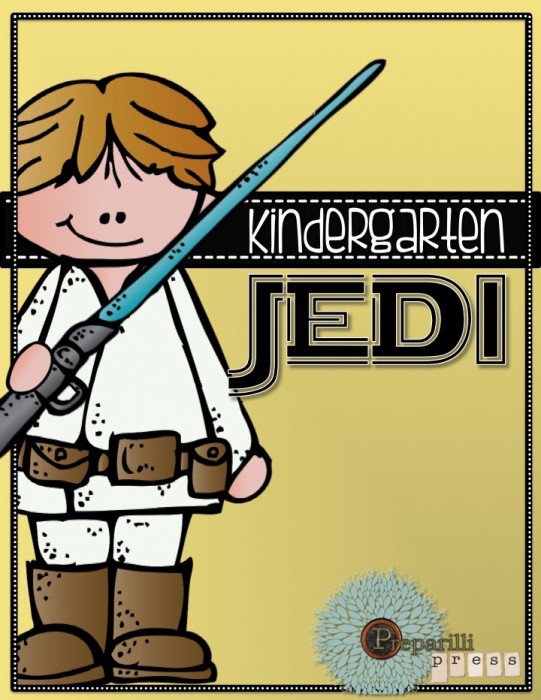 Are you a fan of Kimberly Geswein Fonts? If you haven’t “met” Kimberly, here’s a link to a great interview with her. These are a few of my current favorite KG fonts:

You can find her fonts at lots of sites, but I like to grab the licenses for them at her store on TPT. Enjoy! 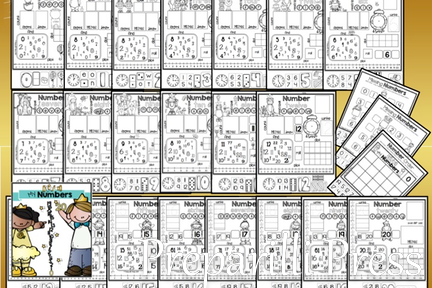 My Royal Numbers is a super-FUN way to teach your children all there is to know about the numbers 0-20.  It is loaded with hands-on learning, and best of all, it is Print and Teach! Each number 0-12, has 14 activities for your little learners: 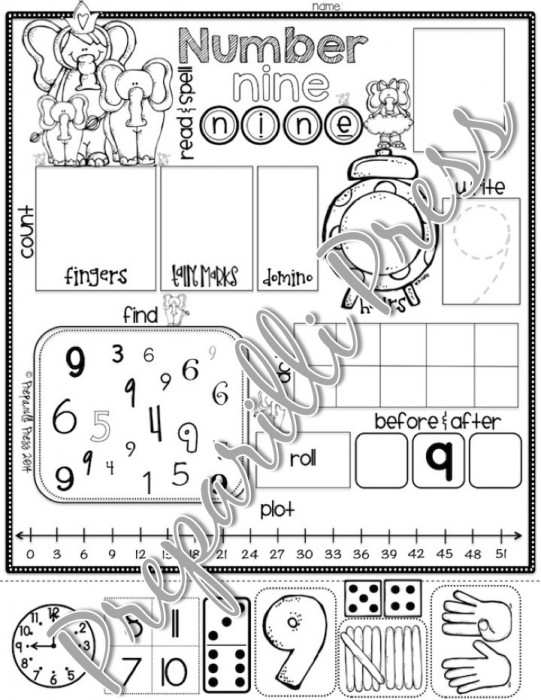 For numbers 13-20, there are 13 activities for your children to complete: 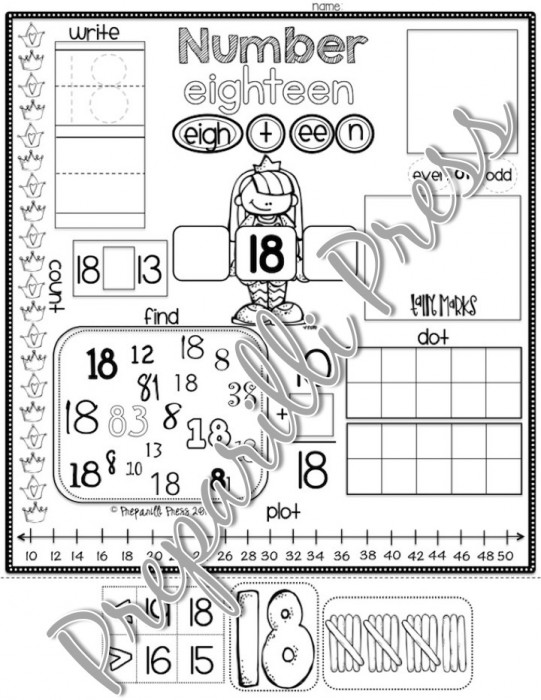 *These sheets can be adapted to each of your children’s learning levels. Have your more advanced students use the number choices and tally marks as a guide—writing their own answers on each page instead of gluing on the tiles.

And once your children have mastered 0-20 it is time to celebrate! This pack includes certificates and royal crowns for your Princes and Princesses to celebrate their achievement! Then they’ll have a smile like this one: 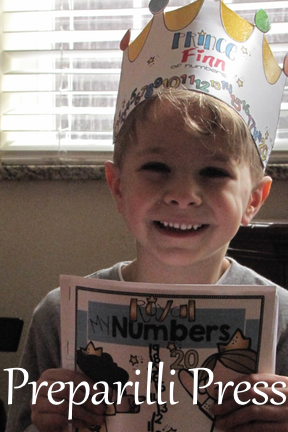 Being a mom of  seven, I try each day to make the most of the time I have. Multi-tasking is my middle name. But, there is one time of the day that cannot be multi-tasked, and that is my quiet time. A few years ago I tried to “share” this time with my then five children. I thought it would be good for them to “see how it is done.” And, though that goal was achieved, I lost perspective on what a quiet time was all about…being quiet before the Lord.  It wasn’t until I was sharing how I spend my homeschool day with a friend that I realized what I had given up. She rightly admonished me to re-establish my morning quiet time/bible study; and encouraged me to read Secrets of the Secret Place by Bob Sorge.

But you, when you pray, go into your room, and when you have shut your door; pray to your Father who is in the secret place. (Matthew 6:6)

These days, I cherish the quiet time I share with the Lord each morning AND the afternoon bible study I do with our children. For the past two years we have listened to Daily Audio Bible. How awesome it is to read through the Bible with your children and have the accountability that is innate to DAB. 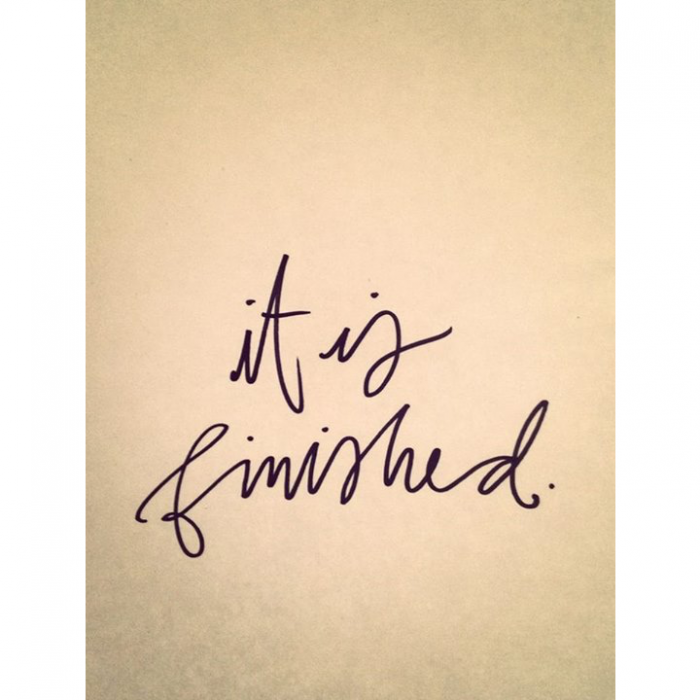 And not only remember it, but live it.

Here is a super FUN addition to your “Letter of the Week” program. It is hands-on, loaded with great learning, and lots of FUN!  We all know kids who love to create with Play-Doh.  As a mom of seven, I have “eaten” quite a few Play-Doh cookies.  With Play-Doh ABC FUN  your students will have FUN while learning (now what mom/teacher doesn’t love that)! Your students will work on their fine motor skills as they learn the shapes of uppercase and lowercase letters, each letter’s sound, practice counting from 1-12 and exercise their creativity on every page. 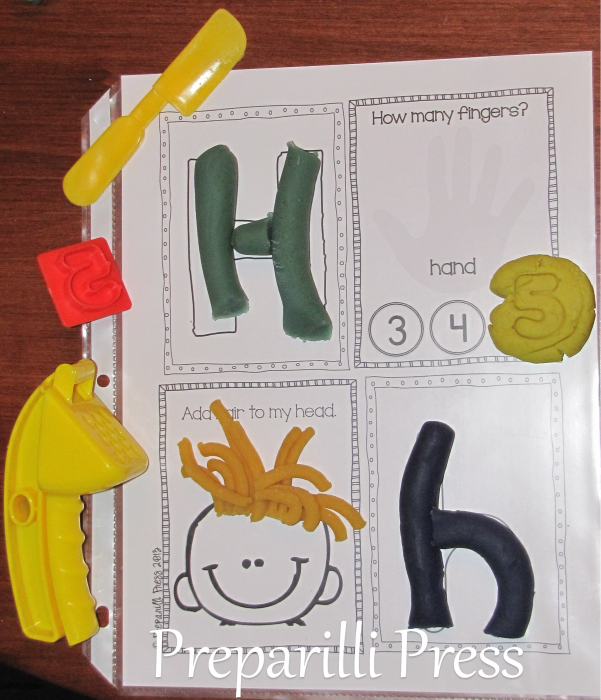 To really enjoy these sheets will need:

*Play-doh (I’ve included a recipe for one that lasts forever!!) 3 colors
*Plastic knife
*Garlic press tool
*Toothpicks
*Silly Putty (to use with Q)
*Play-Doh Number stamps (optional)
*Play-Doh cookie-cutter or press to use with N
*Page protector (or, if you love to laminate, you can do that instead!)

With my younger children I pre-roll the dough (two “snakes” with two of the colors; a “pancake” with the third color; and an unshaped piece of the third color).  Your students will lay the “snakes” on the letter and bend, or cut it to make the right shape. I like to use number stamps for the counting portion on each sheet. If you don’t have these, just have your students cover the right answer with their Play-Doh “pancake.” The final frame allows your students to get creative with the target sound. 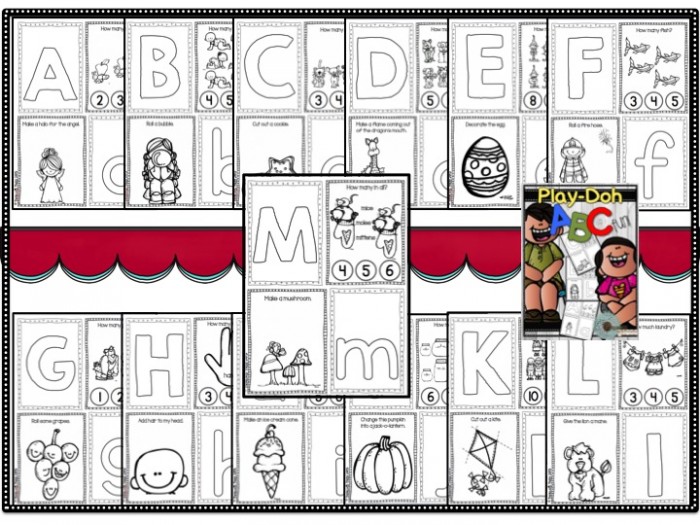 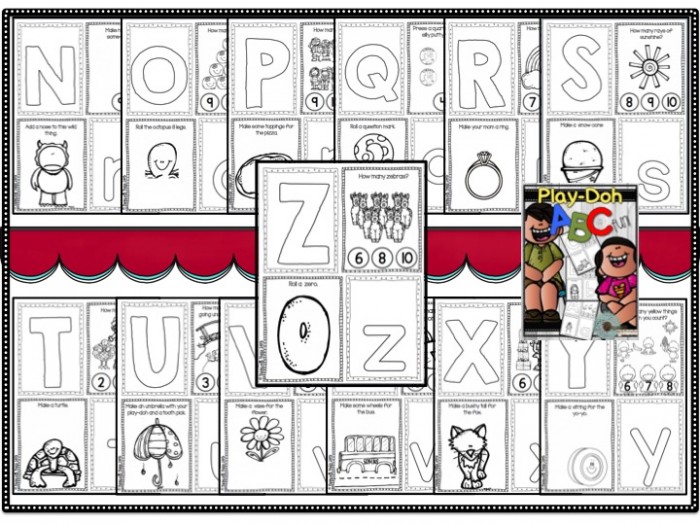 Have some fun with your students this week–enjoy this FREEBIE from Play-Doh ABC FUN. Just click the link below the picture to download! 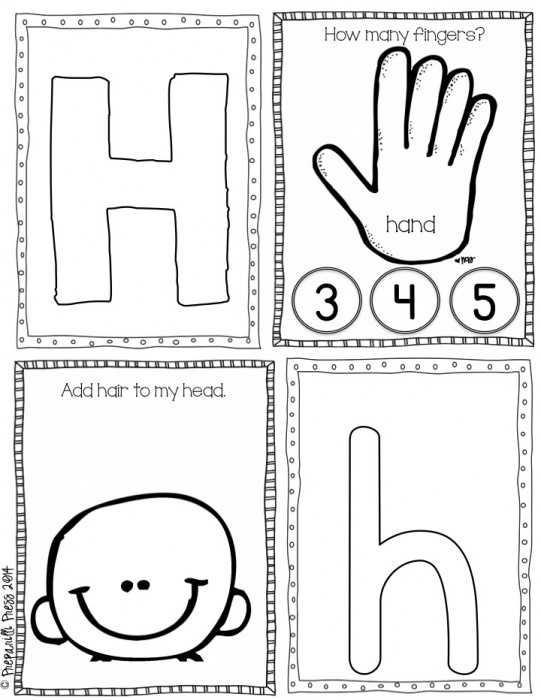 Be sure to stop by on April 2nd for more GREAT giveaways!!